“We’re aware of our privileged position”

Without him there would be no ATMOS project development team, probably no design for the selfness resort by Coop Himmelb(l)au and ATMOS would still be a vision. Thanks to him it has already turned into a concrete project in which he has played a key role: my dear friend Erwin F. Soravia.

The great vision for the ATMOS Selfness Resort originated in my personal family situation, namely in my daughter being diagnosed with the incurable disease mucoviscidosis. It was clear from the start: My vision of counteracting this dreadful genetic defect could only be implemented in a coordinated communal effort, which requires many helping hands that pull together. One of these is the developer Erwin F. Soravia. He is the CEO of the Soravia Group with which he creates spectacular projects, provides jobs for 1500 people together with his brother and saves brownfields like the former coffin factory in Vienna or the former Hammerbrotwerke bakery in Schwechat from decay.

He is known for construction projects such as the revitalization of the Sofiensäle in Vienna, Palais Zollamt in Linz, the TrIIIple residential towers or prominent subsidiaries such as the Dorotheum and the Ruby-Hotels, as well as for interventions in public spaces, including the Soravia Wing at the entrance of the Albertina. It’s a lesser-known fact that Erwin F. Soravia also supports numerous charitable, cultural and sports initiatives. We share all these passions. 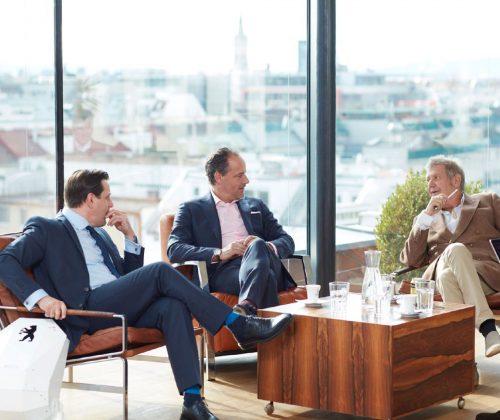 “If you develop projects, you design. Visually and functionally. But also, above all, the lives of the people who use our buildings and are surrounded by them. We don’t just limit the design process to the commercial area. We’re aware of our privileged position, which is why we also want to be active in social, cultural and sports-related areas,” Erwin F. Soravia says about himself. And he is. He heads SoARTwith his wife Marion to promote an international cultural exchange and the networking of international artists, offering artist-in-residence programs at the Carinthian Millstätter Lake and in Vienna. Their main focus in sports is on youth development, which also applies to the social area, where Erwin F. Soravia sponsors school and hospital projects in South Africa and Tanzania. For his numerous commitments and significant contributions to urban development, he received the Gold Order of Merit of the Province of Vienna in 2013. 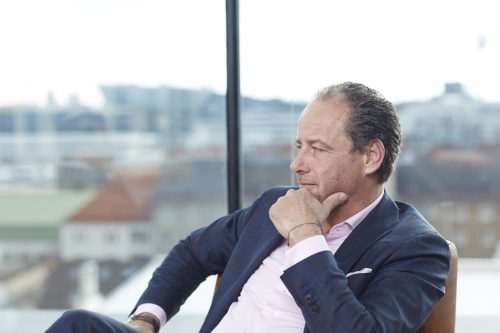 Without being aware of it at the time, Erwin F. Soravia provided the starting signal for creating the ATMOS Selfness Resort during a cozy evening on Millstätter Lake, by introducing me to the visionary Wolf D. Prix from the architecture firm Coop Himmelb(l)au, with whom I later designed the resort. It was Erwin F. Soravia again who initiated the office structure for the project development. This allowed us to start the actual work on the project and already overcome many obstacles.

We can’t honor him with the Gold Order of Merit like the Province of Vienna could. But we can shine a spotlight on his commitment and express our deep gratitude on behalf of everyone affected by CF, on behalf of the entire ATMOS team and my family. Thank you Erwin!