Beacon of light on the Costa de la Creatividad.
ATMOS is about a lasting and positive change of one’s own life, about a pioneering spirit, creativity, entrepreneurship and humanity.
Daring the greatest feat possible: stamping out the hereditary disease mucoviscidosis and establishing a place of creativity in a large-scale European effort. Jointly with Coop Himmelb(l)au, a biomechanical temple of the muses has been developed which suggests a breathing lung.

Daring to create utopias means: finding undiscovered land, taking unusual paths, shedding entrenched patterns of interpretation, thinking audaciously and comprehending the new. It takes courageous steps to start this endeavor. And bold partners to support it. Coop Himmelb(l)au is one of these companions without whom the ATMOS project wouldn’t exist. An architecture firm that became world-famous through deconstructivism. With Wolf D. Prix as its head, it is possible to give a concrete shape to avant-garde concepts and execute them with technical pioneering achievements in each building.

In the story about how the tower of Babel was built, it is God who wants to squash creativity and collaboration to prevent the flourishing of knowledge. A boundary that must be destroyed. We must continue to build Babylonian towers – more magnificent and larger than ever! Pieter Bruegel’s painting is probably the best-known visualization of this old Biblical endeavor. Against a sky-blue background, clouds float around the daring structure. Wolf D. Prix once saw this picture as a metaphor for his mission and started to build towers of Babel all around the world. 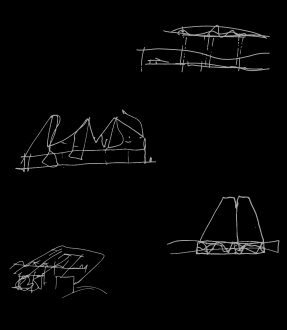 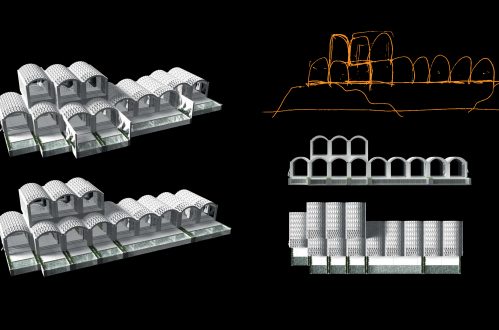 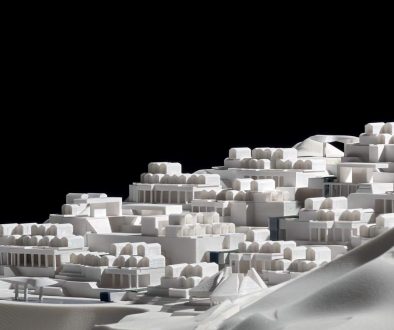 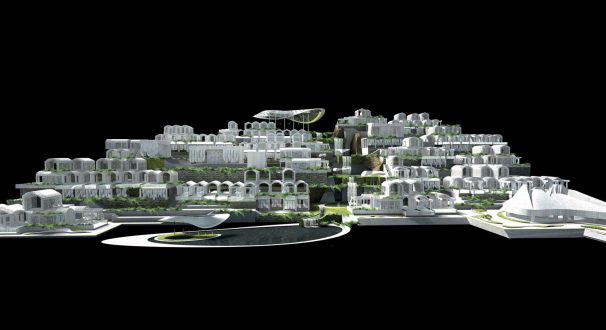 Sky blue (German: “Himmelblau”) is not a color…

Wolf D. Prix is, just like Chris Müller (director of development, design and artistic agendas at Tabakfabrik Linz) and the construction entrepreneur Erwin F. Soravia, a daring pioneer of his métier. Together with many companions, they are creating a social exhibit along the lines of Joseph Beuys. They are convinced that they can improve our society a bit further by developing places and ecologies – they know the power of positive visions. Their task is to establish places with social and political constellations as well as spatial conditions that contribute to a stimulation of pioneering spirit, creative power, a drive for research and companionship. Together they have embarked on the greatest possible task: They are building ATMOS, as a sparkling emblem of the good life, as an incubator for innovation and a symbol of hope. Because ATMOS is also a place to breathe deeply, especially for those who otherwise have great problems doing so.

Chris Müller is the director of development, design and artistic agendas at Tabakfabrik Linz, the father of a child with cystic fibrosis and the father of an idea.

He has made it his goal to eradicate the disease in the next 10 years with a great communal effort and thus rid the world of this scourge.
Mucoviscidosis is a still incurable disease which currently – with the use of elaborate therapies – limits the lifespan of its patients to around 40 years. Since the genetic defect that produces cystic fibrosis fills the lungs with mucous, among other symptoms, an ocean climate has a positive effect on the respiratory organs.

… but the material for constructing visions

Chris Müller was introduced to Wolf D. Prix by the entrepreneur Erwin F. Soravia. Together they deliberated extensively on this topic, shared their thoughts, developed ideas, created visions, drafted possibilities and then set their groundbreaking concept down on paper: A biomechanical temple of the muses that suggests a breathing lung. A resort where soothing salt flows through every pore. ATMOS – room for creativity, space for experimental production, site of muses and market of ideas. And: A great vision that is becoming reality.